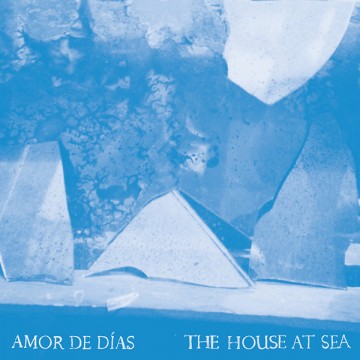 Low temperatures and arctic wind chill got you down? If you can’t afford a trip to sunnier lands, let Amor de Dias take you on a trip to warmer climes. The duo’s second album, The House at Sea, has a laid-back, beachy feel, but won’t insult your intelligence.

A side project of Alasdair McLean from the Clientele and Lupe Nunez-Fernandez of the Pipas, Amor de Dias became known for charming, melancholic Folk songs. While their previous album took several years to record, The House at Sea was recorded in nine days, giving it a more spontaneous sound. McLean and Nunez-Fernandez’s Spanish guitar lines braid around one another, complemented occasionally by the metronomic brushing of a snare drum. The simple sound and warm production at times suggests Arthur Lee and Love, particularly on the propulsive “Day.” Other tracks find the band in a more contemplative mood, with floaty melodies and la-la-la vocals.

The pair sings in endearingly imperfect voices. McLean’s crackling baritone and polished diction recall the craggy-voiced singer/songwriters of another time. Nunez-Fernandez sings with a pure tone in a whispery soprano that carries the lisping diction of her native Barcelona.

While a trip to Iberian shores might not be in the financial cards right now, an album like The House at Sea can transport you there with beautiful music and lyrics that evoke seashells, the ocean, and ‘silver-blue sails’. Go on. You deserve this treat.