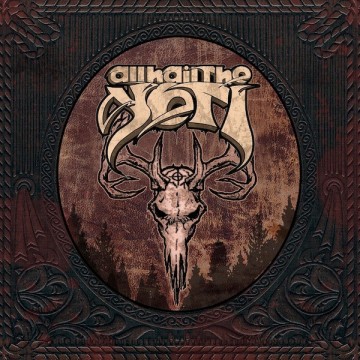 All Hail the Yeti is a young Metal band combining elements of Groove Metal, Nu Metal and Death Core into a concoction that is not entirely successful. They are trying to please far too many audiences with their release, ultimately making a weak brew. There are shining examples of what this band is capable of within their two strongest tracks, “Deep Creek” and “Judas Cradle.” They have crushing grooves, the impact of a ten ton hammer and the atmosphere of a fog drenched forest in the Pacific North West. They reach out and grasp your throat tightly with white knuckled ferocity. Sadly, the other nine tracks fail to capture the gusto and the overall quality of “Deep Creek” and “Judas Cradle.” Nearly every sparkle of creativity and greatness is soon detracted by the regurgitation of generic Metal attributes. The album suffers from the stink of Nu Metal and the infrequent but present use of Death Core styled breakdowns. The injections of clean vocals amongst the harsh growls interfere with the pacing of certain tracks making them feel awkward and unnecessary. Sweetly singing “We’re going to war” detracts from any type of established ferocity. The lyrics have several eye-rolling moments, i.e.: “Fe fi fo fum, I smell the blood of everyone” or stating “I am the devil.” The compositions begin to sound like generic, watered down copies of bands who have already achieved much mainstream success. There is a ton of talent here in this band and it feels restrained by the obvious attempt at seeking mainstream appeal. I feel that over time All Hail the Yeti has the capacity to be incredible once they truly find themselves. When the album is finished I am left with the desire to hear where they are going with their next album.