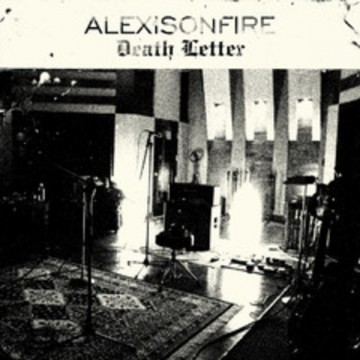 It was a sombre goodbye, for the record. Quite different from the farewell tour that graced the world, Toronto included, when the St. Catherines band played their last notes together. Death Letter, an aptly-titled collection of existing Alexisonfire songs, sounds older, more tired. Where they could summon up the energy on stage to play tracks like “Born and Raised” to their loudest decibels, these re-recordings are mellow, soft and acoustic.

With only Dallas Green and Wade MacNeil playing guitar and singing, it is quite a different track list. It makes a listener mourn what will never be again, while getting a chance to hear such an influential band in a whole new capacity. It is unfortunate to not hear from the rest of the band, particularly notorious screamer frontman George Pettit, but as in death, there are not many choices. Overall, Death Letter is short and (bitter)sweet, a “must-hear” for real fans seeking closure.

RJ Vandrish (alias Rory Jade Grey) is a writer, artist and musician, having first written for Spill Magazine in 2010. They have also published articles for Daily Xtra and Shameless Magazine, and have written/staged two plays, Electric Sheep and Chimera. RJ’s most recently performed as a solo musical act and with the band I. M. Brown & The Transcendents.
RELATED ARTICLES
album reviewsalexisonfire
9.0