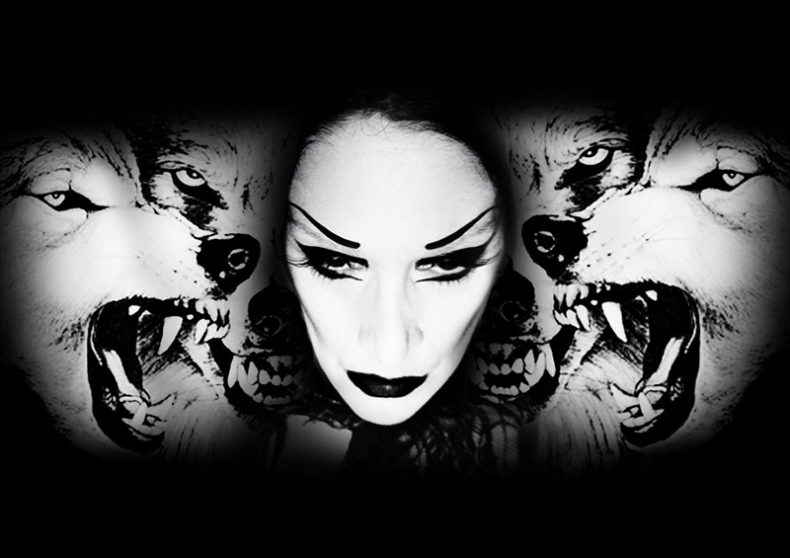 It took me a decade to see Diamanda Galás a second time, and for many of those who were with me at the Danforth Music Hall on Sunday, November 26th, 2017, the wait was even longer, since the last time she performed in the city of Toronto was in 1996. No matter how much time has passed ten or twenty years or even longer are worth waiting for Galás. It was quite the Sunday for me, I had been to the The Rex Hotel Jazz & Blues Bar listening to the Freeway Jazz Band, then I headed to Grossman’s Tavern to catch a set of N.O. Connection All Stars, afterward, about an hour before Diamanda Galás’ show, I briefly visited Dora Keogh for some splendid storytelling. It all makes sense, that I went to jazz venues and heard traditional stories from Europe before entering the Danforth Music Hall. My senses were ready for the healing magic that is the voice of Diamanda Galás.

Twenty years ago, in the earlier and less convoluted days of online chats, a man I never got to meet in person told me that I had to listen to this woman because she is someone he knew I would certainly love. And he was right. I am forever thankful to Juan S. for introducing me to this miraculous woman. My heart sank listening to her the first time, it sank to depths I did not know possible, with her feelings of pain, of grief, of loss, turned into this otherworldly voice, a multiphonic sound, somewhere between throat singing and jazz and eternity. The perennial struggle of being human, the driving force that keeps us moving, exploring, going beyond what we can do, going beyond our dreams, all of that is Diamanda Galás since the first time I heard her, after a tedious dial-up download.

The Danforth Music Hall has all of its seats, there is no standing space, it wasn’t like this a mere week ago, when I saw Front Line Assembly and Revolting Cocks. This feels like a solemn event. Cameras are not allowed – and this includes cell phones, so people are focused on Diamanda and her voice and her piano and the dim light that surrounds her and not on the glowing screen that promises a future we might never have and people who aren’t present and happiness found through spending. It is because of her that I love jazz so much, so it makes sense that she does a John Carter and Bobby Bradford cover, it is because of her that I embraced chanson, so it is perfect that she does a Jacques Brel cover.

Diamanda Galás honours so many musicians and so many different types of music of the world, my heart becomes still and I began crying my eyes out when she starts singing La LLorona, one of my favourite songs in my native language. A dear friend, seated a few meters behind me, tells me after the show that he thought of me while the song played, even if we had never previously spoken about my passion for it and all of its renditions. With every song, you could feel the collective awe, the respect, the love emanating from the audience towards the stage, all eyes and ears focused on the great Diamanda Galás, as they should, for we are truly fortunate to live in the same time in which such a woman exists.

A skilled polyglot, Galás fears no language, and performs Die Stunde Kommt, which she wrote for her mother and – what I later find out, was Marlene Dietrich’s favourite poem (I also thought of Peter Murphy, of course), written by Ferdinand Freiligrath and entitled O lieb, so lang du lieben kannst:

At the time of the concert, I am unaware of this but feel the sound and the words so deeply, even without understanding them in the conventional sense of what understanding a foreign language is. Diamanda Galás could forever sing in languages I do not know or in made-up languages and still, the feeling that her voice manifests are so clear, so pure, that no one accepting these sounds would have any doubt of what is being expressed.

She leaves. Her long, flowing, jet black hair, her perfectly manicured nails, her gorgeous black dress, she is a vision of beauty, standing tall, her perfect posture, those long fingers that play the piano like no one else has ever played it before her and how no one will after her. We need more even if we are absolutely satisfied. Diamanda Galás comes back, I scream so loudly my throat hurts for days. She tells us that she’s going to play O Prósfygas. It is a traditional Greek song about the horrors people who have been displaced have suffered.

The second song of the encore also touches my heart, La Sandunga, a Mexican waltz, which I first heard in the voice of the great Lila Downs. The death of a mother turned into one of the saddest songs of the past 200 years, and Galás makes it so very heavy, so heartfelt, the air felt like it was made of velvet as she sang it and my heart shook inside my ribcage as if it were set on fire. In a world in which so many people point fingers at cultural appropriation, it is a magnificent experience to witness an artist who honours so many traditions of so many countries and does it with such respect and passion that it is understood that what she does is an homage, even beyond what some artists of those cultures those songs come from have ever done.

The end is near and what a flawless end it is, Johnny Paycheck’s (Pardon Me) I’ve Got Someone to Kill. Because, if someone is going to take a country song, and reinterpret it, and take all of its darkness to the surface, Diamanda Galás is the person who can do it. Diamanda Galás leaves after our standing ovation. I am unable to listen to anything else for many hours after her show. Her voice keeps resonating deep in my soul.

The next day is bittersweet. A man who gave me a diamond ring is leaving the country for good. We say goodbye. I go to the Imperial Pub and meet a friend, a jazz singer; we have a few pints and talk about the trumpet player Gregg Stafford and New Orleans. Then I head to the Art Gallery of Ontario, to see Diamanda Galás once more, this time, she is being interviewed by Canadian composer Owen Pallett, whose song This Lamb Sells Condos (as Final Fantasy), remains one of my favourites of the first decade of this century.

One of the most interesting parts of that discussion is regarding O Death because Diamanda Galás explains how through performing and touring and doing several versions of the same song, she eventually reaches – or doesn’t – a final version of it. She speaks of her creative process, of how nowadays artists are asked for the final piece, and those who ask for a final ‘product’, do not understand the lengthy process which takes to reach it. The creation and revision involved. The way a thought ignites a reality that sometimes takes a different path.

Diamanda Galás is so funny and makes us laugh many times. She speaks briefly of a time in which she dated a psychopath – and as I think ‘Aren’t they all?’ she actually says the words: ‘But aren’t they all?’ And we laugh once more and I nod in agreement. She speaks of Doris Day, of how many of her songs were so very dark and how when Galás was younger, she would discard them but now listens to them with a newfound respect for them and mentions how hard it is to sing in the way that Doris Day sings. I agree and feel that they are both such kindred spirits. And ‘Abide With Me’ starts playing in my head. 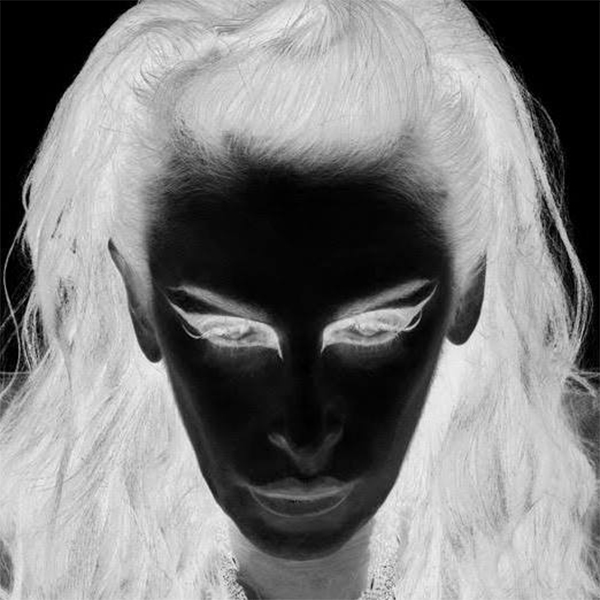 An Armenian man, whom Diamanda Galás recognizes due to a letter he gave her the night before, asks a question about the stigma of AIDS, she tells her own experience as a person who recovered from Hepatitis C and her fierce activism shows, she’s passionate about what she speaks of, she’s passionate about helping the community, she’s passionate about eliminating stigma and acknowledging people for who they are. It touches my soul that she’s been an activist much more before it was a fashionable thing for famous people to do. She does it out of her heart and out of her consciousness and not for praise and recognition and hearing her talk, it is so very obvious how much this means to her and how touched she was by the letter she received from a fan.

Someone asks what to do if no one likes the music one is making, and Galás’ answer is: Then make more of it, if someone doesn’t like what you are doing, simply make more of it. And in that second, every single person in attendance feels happiness and it is palpable. Diamanda Galás is also very humble and admits that she doesn’t know why there are so many people in attendance to learn from her and that she doesn’t know what we could possibly learn from her.

I do learn a lot: when she speaks of her work in progress Das Fieberspital (The Fever Hospital) and the poet Georg Heym – which touches the subject of stigma, in this case of yellow fever patients, it is sublime the way she speaks of the process of this performance, of the ideas she has for it, of how this work has evolved through different recitals. About the poet Ferdinand Freiligrath whom I mentioned a few paragraphs back, about how we shouldn’t fear what others say of our art and keep making it, especially when others dislike it – this last part being something we all know but takes a different dimension when someone like her says it.

Towards the end, someone asks her who her favourite singer is. She doesn’t think for too long and the words that come out of her mouth, almost make me drop a tear: Dinah Washington, who happens to be one of my favourite singers as well, and whose rendition of Noel Coward’s Mad About the Boy is a thing of beauty and one of those songs I listen to almost on a daily basis, I want to run towards Diamanda and hug her and tell her how much hearing her speak has meant to me but I remain seated and feel many others have the same idea – the sister of a friend, braver than me, actually makes the run and is able to exchange a few words with our beloved muse. Toronto gives Diamanda Galás another standing ovation and I simply hope we get to see her once more. After a claustrophobic, thankfully, very brief, elevator ride, I feel renewed and ready to embrace the words of Erica Jong, so beautifully represented by Diamanda Galás’ body of work: “Everyone has talent. What’s rare is the courage to follow it to the dark places where it leads.” Galás certainly gave us creative courage and with her voice as a background, I have never feared the dark places of my mind and soul.