A DISCUSSION WITH CHRIS KNIKER OF PRIMITIVE RACE

Chris Kniker will be the first to tell you that he is no rock-star. Rather, he is a man with a lifelong passion for music that has led to numerous opportunities ranging from journalism to A&R work.  It wasn’t until 2013 that the bassist began to write and record his own work which resulted in the debut self-titled record from Primitive Race, a project that Kniker cringes at the thought of being called a super-group, but insists that it is a simply a record of his own musical experimentation with some of his close friends.  While the first album was very much that of the  industrial rock style, Primitive Race released their follow up album on November 3rd, titled Soul Pretender; a drastic shift from its predecessor that is driven by hard hitting and highly original alternative rock that harkens back to the 1990’s while propelling the genre forward for today.   The album features performances by Kniker, Erie Loch (LUXT, Blownload, Exageist), Mark Gemini Thwaite (Peter Murphy, Tricky, Gary Numan), Dale Crover (The Melvins), and features none other than alternative rock pioneer Chuck Mosley (Faith No More, Bad Brains, V.U.A.) on lead vocals.  While the album is nothing short of incredible, just under a week following its release, Mosley had passed away following a battle against the disease of addiction.  In the wake of this, I had the privilege to speak with Kniker for a near two hours about Soul Pretender and the legacy of his long-time friend, Chuck Mosley. 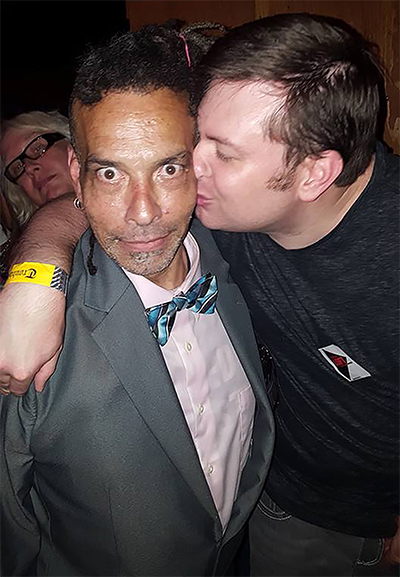 Musically, Soul Pretender is a reaction to the sound of Primitive Race.  While the band’s first album was an electronic industrial album, Kniker wanted to push against that by choosing to make a hard hitting rock record, “It was a clear decision. I wanted it to be striped back with live, loud drums and more guitar oriented, and while not a punk record, I wanted that energy… I was listening to a lot of Butthole Surfers and Fugazi; it’s just where my head was at”.  As a result, Soul Pretender is a dark album fueled by bombastic drums, heavy distorted guitars, and Mosley’s gravelly vocals.  His collaboration with Mosley came together organically after Kniker showed him some of their demos while hanging out.  As a natural fit for Primitive Race’s new direction, this collaboration was met with excitement from everyone involved.

Being in a difficult place, Kniker is unsure about much and is full of conflicting emotions.  What was a moment of great pride, excitement, and joy, is now marked with the loss of his friend.  Now, Kniker is using his work as a means of celebrating the life and legacy of Mosley.  Kniker remembers “Mosley was so proud of his work on this record.  He even told me that he thought this was his best work since Faith No More, which completely blew me away.  He was so proud and excited and I want everyone to hear him”.  It goes beyond Kniker wanting people to hear what is, tragically, Mosley’s recorded swan song, as he has guaranteed that all CD sales of the album will be donated to MusiCares, an organization that helps artists with addiction.  With the roller-coaster that the process of making this record has been – ranging from immense pride and excitement to harrowing sadness – Kniker believes that such a donation, made in Mosley’s name, would give both himself and the project a sense of solace, stating “it’s hard to stand by an album that is so closely attached to such loss.  By doing this, something good can come out of this record for someone else”.

While our talk was certainly an emotional one, there were plenty of moments that – even through the phone – left Kniker with a smile.  He fondly remembered how the song “Bed Six” – one of the strongest songs on Soul Pretender – came about “I had it written as a demo and all my rough rhythm tracks were titled bed – as a place for everything else to go on.  This one happened to be the sixth one I had written and I thought he was kidding, but the whole time Mosley was saying the song was always going to be called “Bed Six”.  He couldn’t have been serious, it was so ridiculous, but he meant it and the name just stuck”.  He remembered how Mosley always wanted to eat soup during the recording and burst out laughing when I told him – from my own interview with Mosley in October – how he insisted on having Buffalo wings while in Buffalo and griped about having Red Lobster rather than lobster from the harbour from Maine while on his recent solo tour. 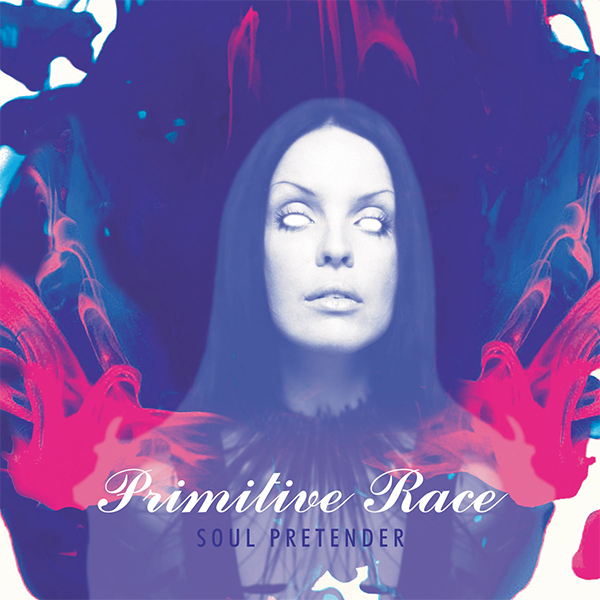 Beyond the laughs and the stories, Kniker wants everyone to know that Mosley was an absolutely wonderful person.  When I told him how he made me feel very important during our interview while also making it feel like I was catching up with an old friend – despite never having met before – Kniker simply replied with “That was Chuck”.  Throughout our chat he continued to express his love for his friend of seventeen years and spoke of how proud he was to have been able to work with Mosley and call him his friend.  “He was really proud of this record, so now it is my job to honour his memory and also to hopefully get the message out there that if someone else is suffering, it is never too late to get help… I had known Chuck when he was up and when he was down, and to see him now and how alive he was when he was making the record, it was an amazing thing”.  While unsure exactly as to what the record means towards the legacy of Mosley, Kniker continues to praise him for his character and now dedicates Soul Pretender and the greater surrounding narrative of the album “To Chuck”.  Soul Pretender, while marked with tragedy, is as modern as it is a revival of the alternative rock that Mosley helped pioneer back in the 1980’s, making it an absolute must hear. Rest easy, Chuck Mosley, and thank you for the music.

A passion for music has always been a part of Gerrod’s life. As a young boy, he was raised on a steady diet of the music from The Chili Peppers, Aerosmith, The Stones, Prince, and others from his mum. Raised in the GTA, Gerrod continued to foster his love for music by attending a wide range of concerts and learning the drums. His unapologetic passion for music has no bounds and has spread to a wide variety of styles, whether it be the 90’s rock that sound tracked his teenage years, the jazz he studied in university, or his newfound love for hip-hop. He recently received his bachelors in music and education from York University and is passionate about writing and reviewing good (and less than good) music. Gerrod is also the drummer and songwriter for a Toronto based rock & roll band, One In The Chamber.
RELATED ARTICLES
bad brainschris knikerchuck mosley
6.0