SPILL FEATURE: A CHANGE IS GONNA COME – A CONVERSATION WITH SAM KISZKA OF GRETA VAN FLEET 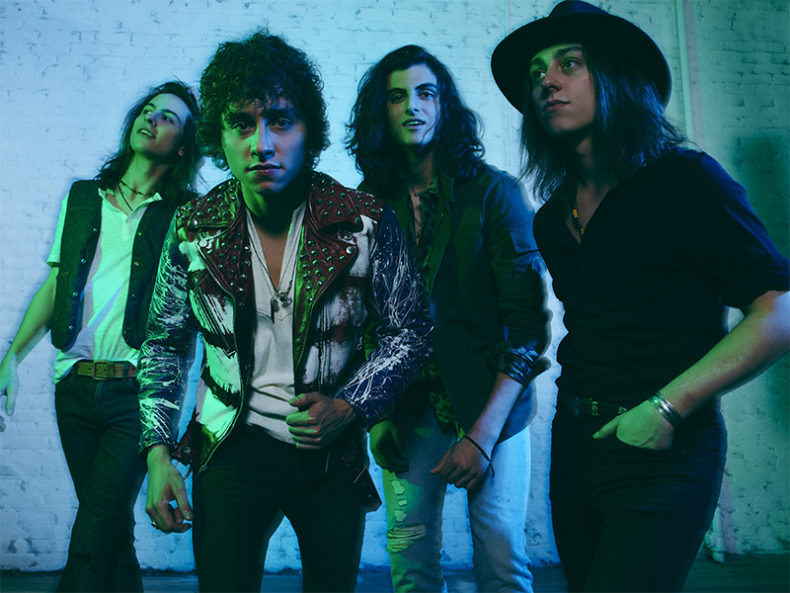 A CHANGE IS GONNA COME

A CONVERSATION WITH SAM KISZKA OF GRETA VAN FLEET

As the face of the resurgence of classic blues-based rock, Greta Van Fleet has come to be that rare up-and-coming band that challenges expectations even as they’re being welcomed into the mainstream. Their impact has reached an international scale with sold-out U.S. dates and their first ever U.K. headlining tour as they continue to promote their first double EP, From the Fires. An impressive feat considering their relative obscurity before the release of their critically acclaimed debut EP from earlier this year, Black Smoke Rising. I had the chance to speak with Greta Van Fleet bassist and keyboardist Sam Kiszka to get a peek behind the curtain of a band both Rolling Stone and Loudwire have deemed to be among one of the best bands to watch out for over the next year.

Greta Van Fleet feel as if it is spurring on a revival in the classic rock sound of the late 1960s up until the late ’70s on From The Fires. While the stylistic resemblance to Led Zeppelin is uncanny- through the groups use of riffs, emphasis on groove, and lyrical structure among other elements- Sam discussed his – and the band’s- vast appreciation for music and how often their inspirations take a subtle shape in their sound. For starters, Kiszka gushed for his long-time love for Bob Dylan and remembered the emotion the iconic artist made him feel at the young age of twelve. It was such a strong enough connection, that Dylan got him into playing music. He then continued by discussing his love for The Kinks, a band who “doesn’t get mentioned enough” and who play a huge part of Greta Van Fleet’s sound. He further praised them, saying “their ability to shift sounds seamlessly throughout their career is beyond influential”. As we continued to talk about the modern importance those such artists, along with the likes of The Beatles, Neil Young, and The Rolling Stones- with Kiszka going as far to say that “Doo Doo Doo Doo Doo (Heartbreaker)” off 1973’s Goat Head Soup is the ultimate rock & roll song due to the vibe and “pure attitude from Jagger… it’s the epitome of rock”- it became clear to me the love and passion for music from the past that Greta Van Fleet resembles that of some of the genre’s elder sages. 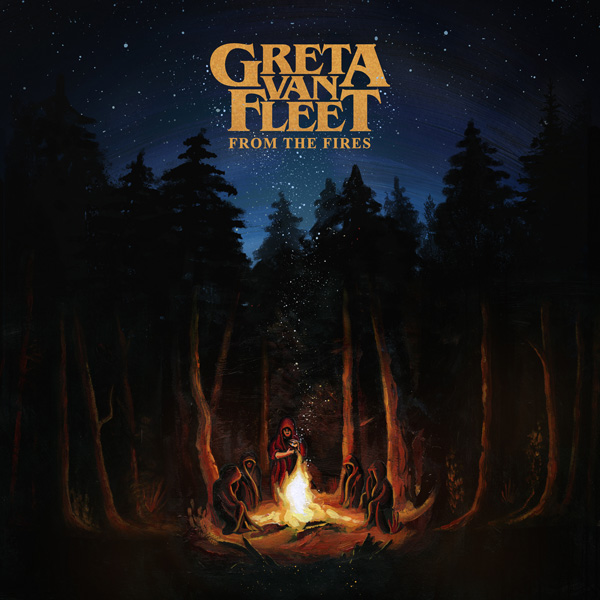 FROM THE FIRES ALBUM REVIEW

Furthermore, to only add to an eclectic mix of inspiration, From The Fires includes a cover of Sam Cooke’s hit 1964 Civil Rights anthem, “A Change Is Gonna Come”. While what seemed to be an unexpected choice, Kiszka explained that “it was natural. We wanted to dig deep and to show people our influences”. As a result, From The Fires is nothing short of exceptional and upon a deeper listen, it acts as a carefully curated history through the music of the ’60s and ’70s. Songs like “Highway Tune” demonstrate Greta Van Fleet’s ability to deliver hard hitting numbers, whereas “A Change Is Gonna Come” and “Flower Power” allow for the band to develop a soulful sound.

While the praise and celebration for Greta Van Fleet has been nearly unanimous, the band stands at a crucial moment. With two wildly successful releases and a sold-out American tour, 2017 has proved to be a big year for the band and it is their love and unbridled passion for music that is at the centre of it. To capitalize on the excitement surrounding the band, Kiszka says that the band will begin to work on a new album early in 2018 and are hoping to play to new people in different locations- with the possibility of making it into Canada!  While we didn’t talk much about what is to come, Kiszka’s enthusiasm for the future leaves me feeling excited that no matter how big their 2017 was, Great Van Fleet have more than what it takes to make their 2018 even better to become a true international sensation.

A passion for music has always been a part of Gerrod’s life. As a young boy, he was raised on a steady diet of the music from The Chili Peppers, Aerosmith, The Stones, Prince, and others from his mum. Raised in the GTA, Gerrod continued to foster his love for music by attending a wide range of concerts and learning the drums. His unapologetic passion for music has no bounds and has spread to a wide variety of styles, whether it be the 90’s rock that sound tracked his teenage years, the jazz he studied in university, or his newfound love for hip-hop. He recently received his bachelors in music and education from York University and is passionate about writing and reviewing good (and less than good) music. Gerrod is also the drummer and songwriter for a Toronto based rock & roll band, One In The Chamber.
RELATED ARTICLES
featuresfrom the firesgreta van fleet